The Time is Now to Change SQ640 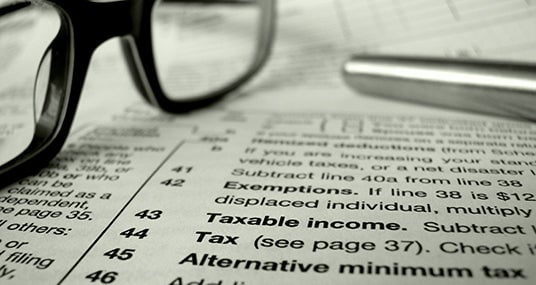 By Howard Barnett and Darryl Schmidt

Let us begin by saying; no one wants to pay taxes! However, it has also long been said that nothing is certain in life but death and taxes, and to fund state government correctly, taxes are a “must-have” revenue source.

On Jan. 22 the Oklahoma Academy Town Hall recommendations were released in a press conference at the state Capitol. The Town Hall, which addressed ways to modernize Oklahoma’s 112-year-old tax structure, had a total of eleven recommendations, but the top priority recommendation voted on by the participants of the Town Hall is to repeal or modify State Question 640.

For those of you who are not familiar with State Question 640, it was a citizen-initiated ballot measure that was approved in March 1992 that required any legislation intended to raise revenue for the support of the state government be submitted to a vote of the people before it could become effective unless it was approved by a three-fourths, or 75 percent, supermajority vote of the Legislature. The ballot measure only passed by a margin of 56 percent.

Again, no one wants to pay taxes, and especially more taxes, but the evidence has shown that the passage of the state question has hamstrung and stifled the legislative process, and in turn, affected Oklahoma’s citizens and their way of life.  Since the approving of SQ640, funding for services we want and need such as education, roads and bridges, health, mental health, and public safety have all been negatively impacted by this state question. And interestingly enough, the Tax Foundation now ranks Oklahoma one of the lowest states in tax collections per capita, thus making it harder to provide the needed core services.

During the 3-day Town Hall process individuals from all parts of Oklahoma, urban and rural, and differing political ideologies, were given the opportunity to honestly and openly discuss the issues, determine the solutions, and collaborate to develop recommendations they believed would achieve the best public policies for the state. From these discussions the Town Hall recommended the repeal of the state question, however political persuasion aside, all Oklahomans tend to be fiscally conservative, so the participants noted that if SQ640 is not repealed it should be amended to read that the threshold to both increase and lower taxes should be 60 percent.

The Town Hall believed this is a fair solution to a problem that has plagued the state since the passage of the state question. By adjusting the threshold from the current 75 percent to 60 percent when raising new revenue, the 60 percent supermajority vote would match the requirement threshold for local school bond proposals. The 60 percent supermajority would also modernize Oklahoma’s current tax code to one that combines equity, adequacy, simplicity, transparency, and administrative ease. This is a needed change to appropriately provide the necessary core services our citizens rightly deserve. This is not about politics. This is about the great people of Oklahoma!